song of the day
updated daily.

art of the day
updated daily. 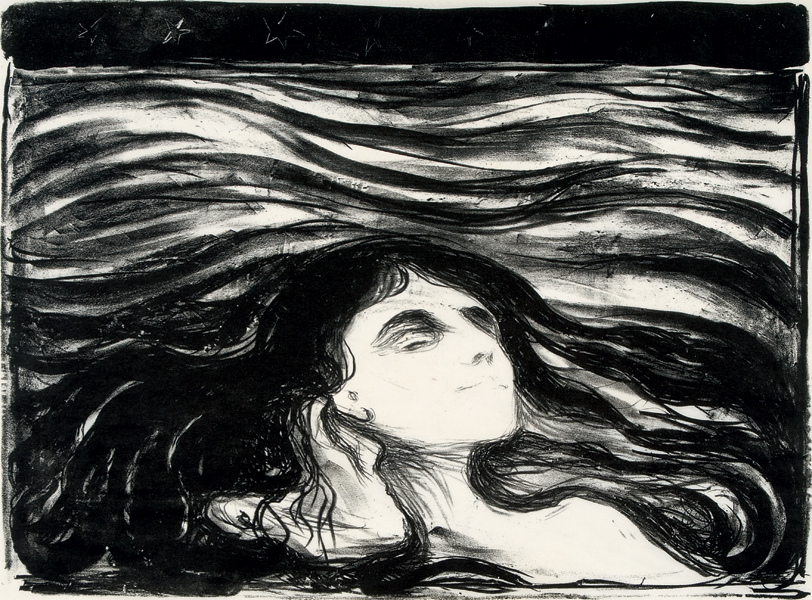 Edvard Munch - On the Waves of Love

album of the week
updated weekly on fridays

Few albums have changed the course of rock music quite like Nirvana's seminal work Nevermind. Single-handedly dismantling the paradigm of self-aggrandizing, woman-objectifying superstar machismo so prevalent through the 80's hair metal culture, with this album Kurt Cobain's gentle, smartass punk-feminist demeanor served to return the thoughtful, sensitive artist to the forefront of the collective consciousness of the public.

This record has an incredible range. From the slightly poppy feel of In Bloom to Come As You Are's dreamlike and fluid sound, to the sheer furious power of tracks like Stay Away and Breed, then back again to Polly and Something In the Way with their hurt, soft, and haunting lyrics and rythms. Apparently disparate in style, every track on the album is kept as a part of a cohesive whole by Nirvana's quintessentially grunge style of simple, quiet-loud-quiet composition and Kurt's iconic vocals.

One of my personal favorite tracks on this record is Territorial Pissings. Opening with bassist Krist Novoselic sarcastically mocking The Youngbloods' 1967 jam Get Together, then blasting off into a full-on assault on the hippie generation's idealism by way of shrieking guitar wails, cataclysmic crashing of rapid-fire drums, and the low rumble of the bass. the line "just because your paranoid, don't mean they're not after you" haunts me as someone who finds themself suffering frequently from paranoid anxiety, and I think the song in its entirety perfectly captures that gnawing sense of worry with which I'm far too aquainted.

My favorite Nirvana track overall, though, is Lounge Act. Probably the most straightforward of their jams, and a lot cleaner than the rest of Nevermind, it deals with Kurt's ex-girlfriend Tobi Vail of Bikini Kill, another band I'm quite fond of. The song is incredibly catchy, and there's some interesting wordplay at work in my opinion. For example, the line "Truth, covered in security" could also be heard as "covered insecurity," suggesting that among kurt's many secrets (or truths, "covered in security"), the biggest were his insecurities, such as his jealousy and sense of inadequacy over Tobi.

To conclude, this album is a masterclass in grunge and a significant piece of music history. Every track feels like an anthem for teen rebellion, especially to the dejected Generation X for which Kurt found himself thrust into the role of spokesman after this record. Maybe in some alternate timeline this development wouldn't have had such a negative effect on him and we might still be blessed with his talent, but as it stands we've just got to appreciate the masterpieces that he did create.

i found this video in my youtube recommendations and the thumbnail piqued my interest so i clicked on it. little did i know this video would absolutely blow my mind.

in the video, the creator shares her struggles with Aphantasia. i'd never heard of it before, but i actually have aphantasia myself! i can't remember a time i was ever able to see things in my mind, save for a couple of drug experiences, and i always just assumed that everyone was like this!

i was really taken aback by the realization that other people can acutally see pictures in their head, and immediately i called up my boyfriend frantically asking him to imagine an apple and tell me what was happening in his mind. he seemed just as suprised as i was, and kept asking me questions about it too.

needless to say, this revelation has kinda changed the way i see the world. ive been finding myself wondering recently about how different things would be if i could visualize things, how much better i might get at art, recognizing faces, and other stuff like that. in a sense i truly feel cheated by nature, i imagine i'd have really enjoyed to have that ability.